Menopause poses multiple problems and concerns for billions of people over the world. It is important that we talk about LGBTQ+ health in relation to menopause and other issues. Being Pride Month, we couldn’t think of a better time to re-spark a true, open conversation.

Our experts have been discussing the struggles that transgender men and non-binary people may face when going through menopause, as well as some of the symptoms and issues they may encounter that differ from those of cis women. It may not seem obvious to many others, but as well as the usual medical symptoms, they are at risk of additional stress and risks associated with menopause.

In light of Pride month, we will also be outlining why people in the LGBTQ+ community may be at risk of different health problems throughout life, and why many struggle to seek or receive proper help for even the most common of issues.

Cisgender (or cis for short) people are those who identify with the sex they were assigned at birth. For example, people who were born female and still identify as female would be known as cisgender women. 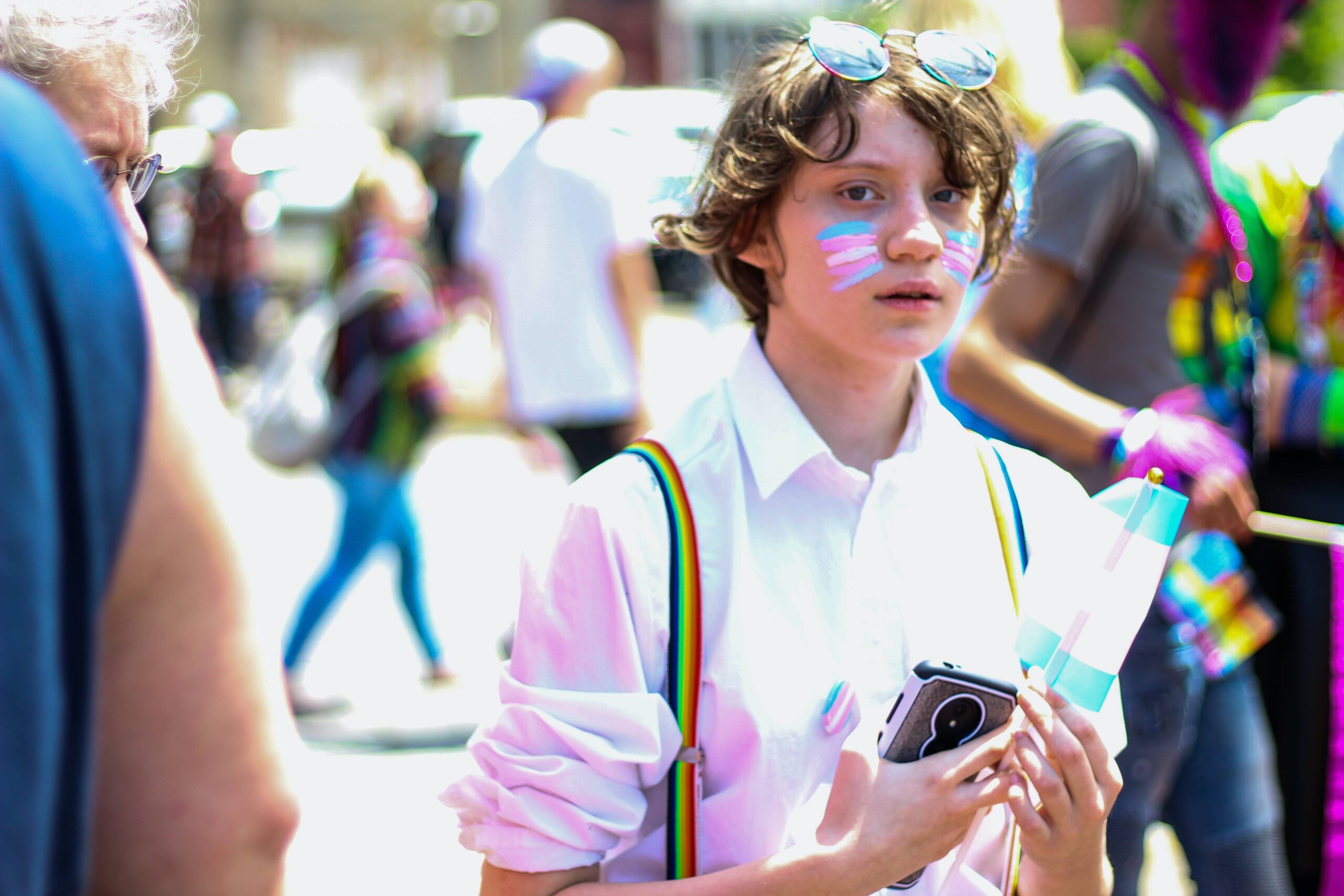 Transgender (or trans) people are individuals whose gender identity doesn’t match that of which they were assigned at birth.

Non-binary people are individuals who do not identify as solely male or female and use pronouns other than he/him or she/her. Most commonly they will identify as they/them as they fall outside of the gender binary.

With this in mind, we need to realise that cis women aren’t the only ones who suffer from menopause-related symptoms and issues. Transgender men (who have not fully transitioned) and non-binary individuals will also go through menopause, though it is often overlooked. People producing estrogen and progesterone will start to produce less and less as they get older which is the typical catalyst for menopause.

Also, if a transgender person decides to go through a transition with prescribed testosterone hormones late in life – they may already be of an age where their bodies are naturally going through menopause.

Similarly, for transgender men who do not use hormone therapy at all, their bodies will still be producing the reproductive hormones that trigger menopause in the same way as a typical cis woman.

This can be a difficult time as people will be going through both the usual menopause symptoms as well as any gender dysphoria they may experience at the same time.

Gender dysphoria is the feeling of discomfort or distress that might be caused by a mismatch between a person’s biological sex and gender identity.

For some people, this can be a very minor issue. However, for many, it can have a major impact on their day-to-day lives leading to depression, body dysmorphia and other mental health issues.

With these concerns in mind, different people in the LGBTQ+ community may feel especially uncomfortable with changes to their bodies during menopause, such as weight gain, loss of muscle mass and bone density, hot flushes and night sweats.

Has The Health Industry Caught Up?

The experts are definitely doing more than in previous years. However, many health professionals are still not quite there, unfortunately. The entire health industry still has a long way to go before it can provide adequate care for LGBTQ+ people as a whole.

One of the main issues is that transgender and non-binary people are often misgendered by healthcare professionals. This can be extremely distressing and make it difficult for them to seek help or feel comfortable discussing personal matters with doctors.

There is also a lack of LGBTQ+ inclusive educational materials on menopause and related health problems. This leaves many people feeling lost and without any guidance on how to deal with their symptoms alongside any other related concerns.

What Can Be Done To Help?

There are some steps that both individuals and the medical industry can take to make things better for people going through menopause.

On an individual level, it’s important to be respectful and mindful of everyone’s pronouns and gender identity. If you’re not sure what someone’s pronouns are, just ask! It shows that you care about being inclusive and want to make sure everyone feels comfortable.

If you are someone experiencing menopausal symptoms, don’t suffer in silence! Talk to your doctor about what you’re going through and see what options are available to you. There is no shame in seeking help and you deserve to feel supported during this time. 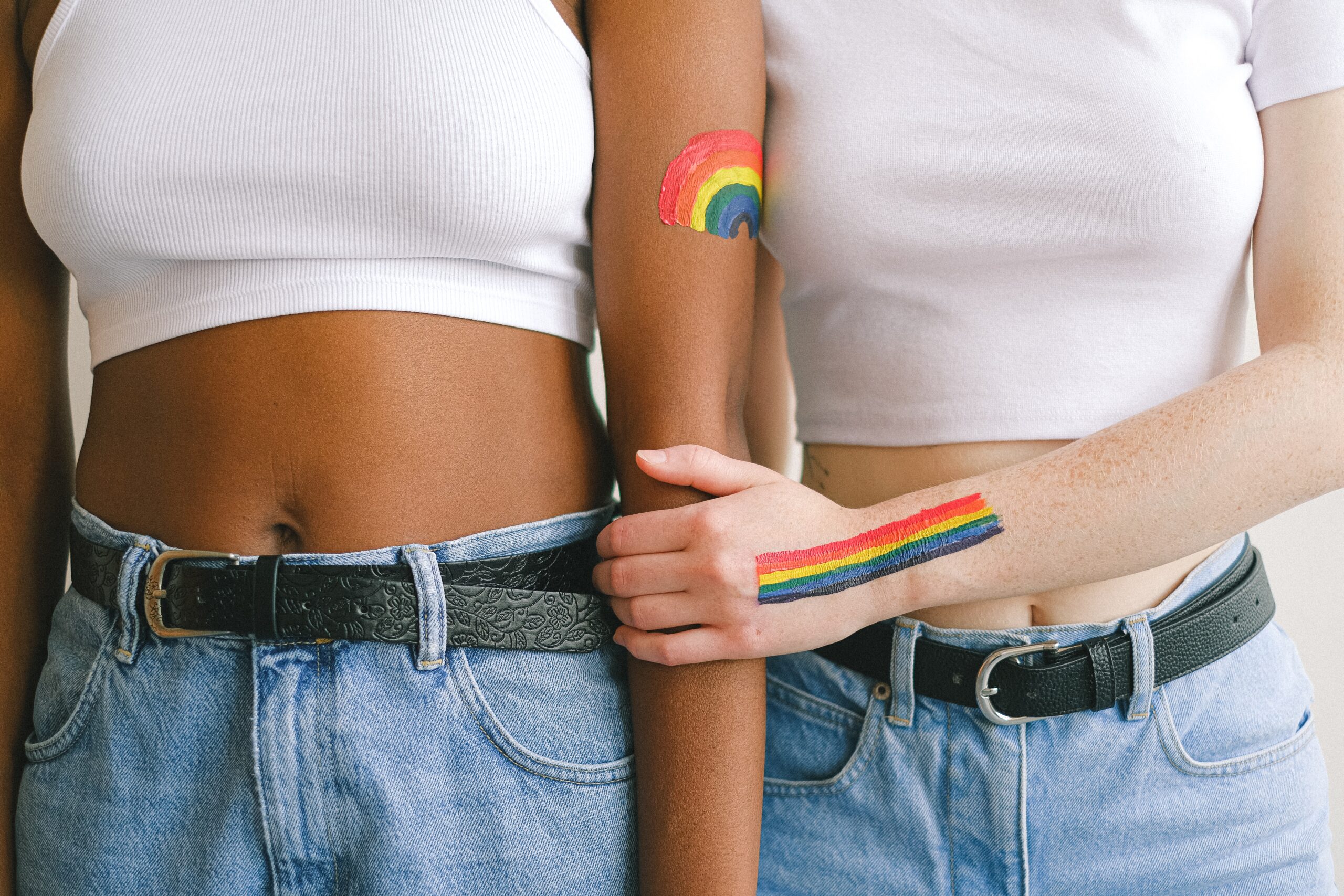 LGBTQ+ people experience a number of health disparities. They’re at higher risk of certain conditions and are known to have disproportionate access to primary healthcare. This is seen in areas of mental health, physical health, and access to care.

LGBTQ+ people often face higher rates of stress, anxiety, and depression. This can be due to minority stress, which is the result of experiencing prejudice and discrimination. Individuals may also face rejection from family and friends, making it difficult to find a support system.

This lack of social support can lead to risky behaviours, such as using drugs or alcohol as coping mechanisms. These substances can then lead to other health problems down the road.

Young people in the community are, heartbreakingly, especially at risk for obesity, eating disorders, and suicide.

Facing the discrimination many know all too well, can also increase the risk of unfair treatment and poor quality care. While we know a huge percentage of the medical industry has made leaps and bounds in this area, those who identify as LGBTQ+ are less likely to:

This means LGBTQ+ individuals are more likely to forego care altogether. This can result in a number of serious health problems, some of which may be life-threatening.

While some may be able to undergo transitions and seek treatment for serious mental health or physical illnesses – there is still a way to go to make health care accessible for all.

While couples that share the same reproductive organs do not need contraception to prevent pregnancy (although contraception is always advised to prevent sexually transmitted diseases), there is still a large proportion of the LGBTQ+ community who want to get pregnant or start a family.

LGBTQ+ people often face unique challenges when trying to conceive. For example, female same-sex couples will need to use donor sperm, which can be found via sperm banks or known sperm donors (such as family members or friends).

Transgender men who haven’t fully transitioned and want to carry their own child will also need to seek fertility treatment options if single or in a relationship with a cis-woman or person with female genitalia.

Despite the challenges, there are a number of resources available for LGBTQ+ people who want to have children. Fertility clinics are LGBTQ+ – inclusive and welcoming (just like ours)!

At The Surrey Park Clinic, we have helped many same-sex couples become proud parents. It is truly a privilege to help create families and we always ensure both partners feel fully involved in the process right from the start. There are various options to consider when starting the fertility process.

If you’d like a consultation or more information on any of these options, get in touch with our team or visit our dedicated page.

Working Towards A Solution

There’s no denying that the LGBTQ+ community has been, and continues to be, dealt some pretty tough cards when it comes to their health and wellbeing.

But we also know that things are slowly but surely getting better. With more open discussions around LGBTQ+ issues and an increasing number of inclusive policies being put in place, hopefully, we’ll see even more progress in the years to come. In the meantime, let’s all do our part to support our LGBTQ+ family and friends by continuing the conversation and standing up against discrimination.

We are proud to have built The Surrey Park Clinic into a welcoming and inclusive care facility. That is why we advocate for better communication between professionals and patients, allowing people to receive the care they truly need.

Being open and honest is one way people worried about LGBTQ+ health, can help experts deliver a higher standard of care.

Amongst this, we will also be focussing on the continued education of these issues and reaching out to anyone who may be in need of our services. So please, do not hesitate to get in touch for a chat or more information about anything you have read here today.